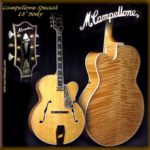 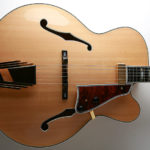 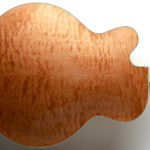 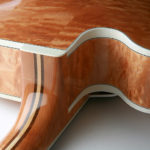 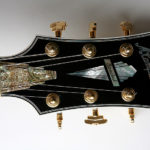 Serial #2040502 Artist Cameo prototype – design work for this model was begun in mid 2001 and this first piece, in bright cherry sunburst, was completed almost one year later in May 2002. Intended to be offered as a limited production model, the Artist Cameo featured lavish appointments and extra-choice woods. Because of the extra work involved in building this model, and the challenge of meeting high demand for regular production models, plans to build future Artist Cameo guitars were suspended shortly after the debut of this prototype. In 2011 the model, with its name shortened to “CAMEO”, was re-introduced and the current series includes most of the distinguishing features found in the prototype. 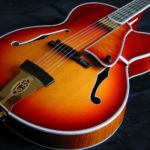 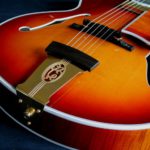 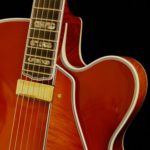 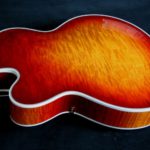 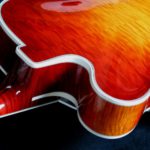 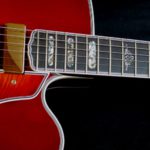 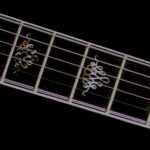 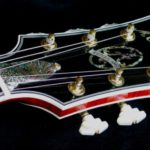 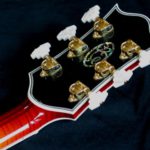 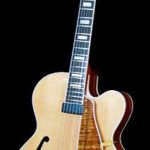 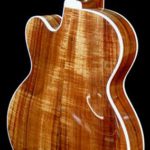 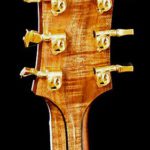 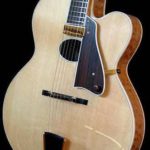 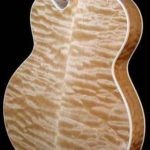 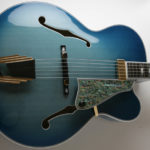 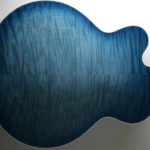 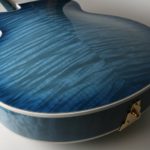 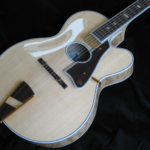 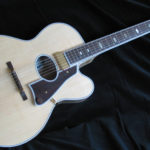 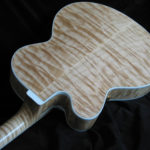 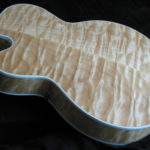